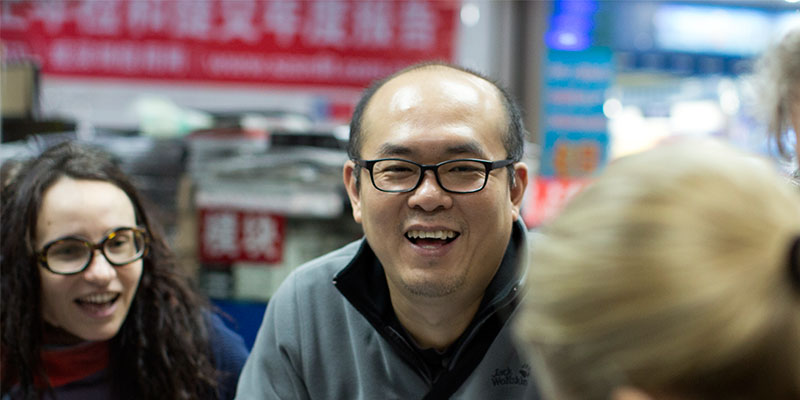 I met David Li in 2010, shortly after he had founded China’s first hackerspace in Shanghai. David told me about the burgeoning (new) shanzhai culture. As a programmer, David had worked for Google and Facebook in the U.S. While he was in Silicon Valley, he got to experience its maker culture and the discussions on open source and open design.

David helped me make contact with startups and their investors in Shenzhen and Shanghai. Thanks to him, I found out about the HAXLR8R startup accelerator, and met Chuan Angelo Yu and his team from Guiyang.

“Through studies done in Shenzhen and Shanghai, we found out that a robust maker-ecosystem already exists in China. This is very different to the situation in Western countries, which have yet to create this kind of ecosystem. The production system that has developed democratically and from the bottom up in China means that makers can advance their own innovations. We call this new shanzhai.”

“New shanzhai and open design are twins that were separated at birth. Bringing them back together now would give us access to unimagined possibilities.”