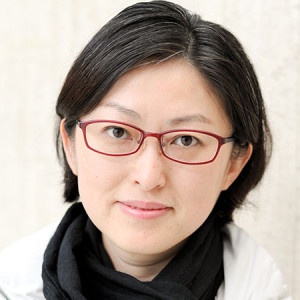 The years during which Jürg Neuenschwander spent most of his time in China were the years after the Olympic Games, which marked a turning point in China’s relationship with the West. It was no longer a case of simply importing technology, but about collaborating. And it was no longer a case of out-and-out shanzhai – i.e. copying – but about optimizing functionalities. It was also no longer a time of Chinese brands being bought up, but of independent Chinese brands beginning to establish themselves. These are precisely the changes that Neuenschwander captures in his latest documentary, The Chinese Recipe – Bold and Smart.

The film is concerned with entrepreneurship. It dissects the lives and future ideas of people from three generations: an engineer born after 1950 who, after going through those difficult years, managed to turn things around and founded a Sino-Swiss joint venture for feed production; a small-scale businessman born after 1970 who began manufacturing audio equipment more or less out of necessity, and who is now completely wrapped up in his career; and a group of makers born after 1990 who are filled with optimism and want to seize their chance by using their startup to develop a drone.

The director’s eye for detail means that he also captures, almost as if in passing, other people who inhabit the same space as the three protagonists: a customer who buys machines from the feed-mill company and who is a successful businessman in his own right; the mother of the amp-maker who is a cleaner and cashier rolled into one; and the international partners of the makers who live in far-off Guiyang and are inspired by Western technological idealism and a philosophy of sharing. For a viewer born in China after 1970, these real-life people and their environments seem both familiar and strange because they appear in a documentary made by a Swiss director with a profound knowledge of China.

With a great deal of empathy tinged with optimism, the director shows the very real lives of Chinese people who are utterly at home in the shanzhai culture of imitation that is so heavily criticized by the West but has such a long cultural tradition in China. The question of how progress can be made within the confines of the West’s strict patent system is no longer only relevant to China; it is now an issue that all innovative thinkers will have to address. In any case, a Chinese society with pluralistic values is emerging, and this documentary opens our eyes to entrepreneurship, Chinese-style.

Betty Liu: Innovation from China – The Next Big Thing!
Scroll to top