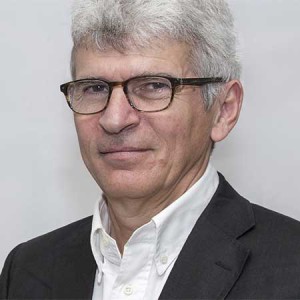 If someone copies your product, you shouldn’t complain – you should feel honored. After all, Chinese managers, developers, and startup entrepreneurs only copy drones, audio equipment, and feed mills if they rate the quality highly.

This is the subject of the film The Chinese Recipe – Bold and Smart. It provides unfamiliar perspectives on a subject about which Western companies often complain. Theft of intellectual property, product piracy, underhanded imitation – these are not terms used by the Chinese. Although they do adopt existing technologies, they also develop them further. What the West deplores, they see in a positive light. Or, as the entrepreneur Kong says in the film:

“If someone copies you, it means what you have is high quality and worth copying. If your products aren’t copied, they’re not worth a penny.”

Kong, one of the film’s protagonists, is CEO of the Sino-Swiss company Bühler Changzhou. He has a wealth of experience in copying and improving machines. His products combine technological accomplishments from the U.S., Denmark, Switzerland, and China, and have made him a market leader in China.

“Stop being afraid of being copied. They’ll copy you whether you want them to or not. It’s irrelevant. If you’re good, you’ll be copied. So be better, be faster.”

The feed factory is just one of the examples shown in the film The Chinese Recipe – Bold and Smart. It also follows Zhou, a developer who builds high-end audio equipment in the dusty, chaotic workshop of Happy Buying Electronics. He philosophizes about the very different sound tastes in Europe, Japan, and the U.S., and recreates different types of sounds. However, he wants to make one thing very clear:

“I don’t make crude copies. I’m better than the original. They actually copy me.”

“We don’t copy, we learn”: this is also how a group of young technology enthusiasts who develop autopilots for drones see things. What is good for science and scholarship is also good for business, explains their mentor, the founder and CEO of Seeed Studio in Shenzhen. The group bought a device so that they could hack it and “understand how it works so that we can build our own small copters in future.”

In The Chinese Recipe – Bold and Smart, Jürg Neuenschwander shows us the Chinese perspective on this economically explosive topic. But that is not all. Neuenschwander, who lived in Shanghai for six years, gives us an insight into an unfamiliar China. He allows his protagonists to talk about everyday things, about their happiness at taking risks and daring to try something new, and about their excitement and determination to measure themselves against the best in their field on the global stage – even in Silicon Valley, to which the young technology enthusiasts travel in the hope of making their dreams a reality.

The enthusiastic young pioneers, the lone wolf, and the successful big businessman all have very different stories to tell. Yet they all paint a picture of China that is in many respects different to the one we see from our distant vantage point.