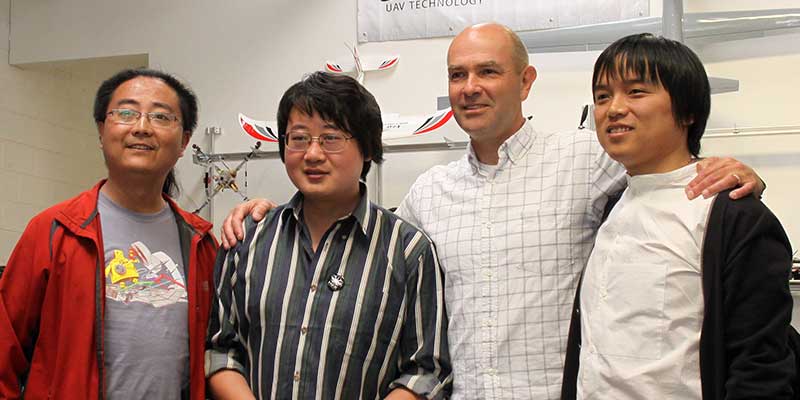 Chris Anderson is the former editor-in-chief of Wired and has worked as a journalist on magazines such as Nature and Science. He is the author of the bestselling book Makers: The New Industrial Revolution. With 3D Robotics, Anderson has built up a leading company for drone development.

“So the big picture is simply this: we think the Chinese companies are the best in the world in this space. We think the only competitors we worry about are Chinese. So if we’re going to build a 21st century company, it needs to be designed from the ground up to compete with China. The only way we think we can compete with China is parity, which is to say, same price on manufacturing, but faster innovation. We combine robotics, automation, short supply-chains in Mexico to keep the price similar to China. Then we use our open-innovation model to innovate faster.”