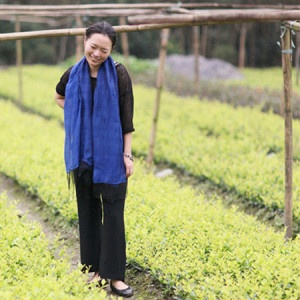 China is still generally viewed as a country where everything is shanzhai, or copied. The latest film by Swiss director Jürg Neuenschwander also seems, at first glance, to be dealing with this subject. But in reality, it is actually a film about the Chinese makers who are bubbling over with hope and inspiration. Neuenschwander takes an extremely impartial, open look at the culture, society, history, and economy that lie behind China’s shanzhai/copying phenomenon. I believe that this is a good opportunity for both Chinese and Western audiences to take a fresh look at the topic of shanzhai/copying.

What exactly does shanzhai – Chinese copying – mean? What does “copying” mean? And “borrowing”? What is innovation? How can we define the differences between all these terms? It is not that easy to answer these questions. Given that most people merely rely on their intuition or experience when describing these terms, it is very likely that they miss some of the more positive shades of meaning that resonate within them.

Although the film’s three protagonists appear to be pursuing very different lines of business, they all embody the other side of the shanzhai phenomenon – the side that most people know nothing about. They are Chinese makers. They master Western technologies and then, based on these technologies and the actual circumstances in China, they separate the wheat from the chaff and actively create something new.

Perhaps they are not really “heroes of our time,” but their stories show us how, when faced with the rapid changes happening in Chinese society, these “little people” have found a simple but highly dedicated way of building a future for themselves.

And what we must never forget is that China is home to legions of these “little people” whose future, like that of the protagonists in this documentary, is closely bound up with the future of their country.